As Gail Kent (Director of Data, DG Connect) already stated in our ELRC impression video, “languages are at the heart of who we are”. Language is important to all of us. It allows us to express our feelings, to build relationships and to exchange information. Without language, there would be no literature, no documented history – and no romantic love letters. 😊 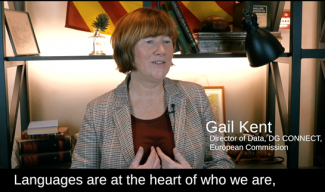 The EU alone has 24 official languages, and it is estimated that there are more than 225 indigenous languages in Europe1, with additional ones finding their way to us through migration. As such, multilingualism is one of the key values in the EU. That’s why back in 2001, the Council of Europe and the European Union organised the European Year of Languages where millions of people across the EU member States jointly celebrated linguistic diversity and promoted language learning in Europe and beyond. It was such a great success that the European Council decided to celebrate a European Day of Languages (EDL) on 26 September each year.

Now, in 2021, the EDL celebrated its 20th anniversary and almost 1500 events have been organised this year to raise awareness of the value of language learning, to promote the rich linguistic and cultural diversity of Europe and to encourage lifelong language learning. 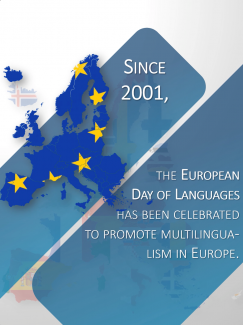 One of the main messages of the European Day of Language is “Language skills are a necessity and a right for everyone”.
So why not learn a new language? 😊
To start with, we have a new Finnish word for you: PORONKUSEMA. It’s the distance a reindeer can travel without a break (which is about 5 kilometres).

For more information about the EDL, interesting language facts, quizzes and much more, have a look at them at EDL website. It’s probably no surprise that the website is not only available in English – but in 41 additional languages!

1Source: Statement from Marija Pejčinović Burić, Secretary General of the Council of Europe, on the occasion of the European Day of Languages 2021, https://edl.ecml.at/Home/EDLStatement/tabid/3201/Default.aspx