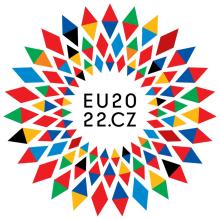 Language Technologies are emerging as a key factor in the European AI landscape. During the Czech Presidency of the EU Council, several events underlined how relevant this topic has become in the last few years.

In October, the top event in the area of Research Infrastructures was the ICRI 2022 conference in Brno, an official presidency event under the auspices of the Minister for European Affairs of the Czech Republic, prof. M. Bek. The CLARIN ERIC network and the LINDAT/CLARIAH-CZ Research Infrastructure, which are the primary LT data repository and tools and services developers in the Czech Republic, were represented by Franciska de Jong, the Executive Director of CLARIN. Moreover, the CLARIN Annual Conference 2022, organized by LINDAT/CLARIAH-CZ in Prague, got a Satellite Event status of ICRI 2022.

Among other official Czech Presidency events, is worth mentioning the joint Czech-French workshop on AI in September, which featured a block of four invited talks – co-organized by LRB members François Yvon and Jan Hajič – on Natural Language Processing and Foundational models. In November, the annual EBDVF (European Big Data Value Forum) conference will take place in Prague as another official presidency event, co-organized by BDVA and Charles University, LINDAT/CLARIAH-CZ and several other BDVA members in the Czech Republic; LT will be represented in several sessions (such as the one lead by LRB member Andrejs Vasiļjevs on Language Technology) with several speakers from the LT community. At EBDVF 2022, the ELRC LRB member Jan Hajič, will be speaking at the introductory plenary panel titled How a strong ecosystem for Data and AI contribute to the strategic resilience of the European economy?.

On the legal side, the Czech Presidency carries forward the AI Act, a proposed broad AI regulation which, once adopted, will have profound effect on all LT as well as due to its classification as General Purpose AI. On a positive side, the Czech Republic is on the verge of transforming and adopting the 2019 EU Copyright Directive this fall, which allows – especially within research organizations, but also businesses – to explore freely almost any textual data that the researchers can get hold of thanks to the TDM exception (Articles 3 and 4 of the original Directive).